The visual also features Nicky Diamonds and Paul Rodriguez. In the clip, Wale pulls up to a sneaker shop before performing the track inside. The stylish and slick video intercuts vignettes of skateboarding and luxury sneakers as the rapper’s charisma practically pops off the screen with each cut. Between colorful horns and simmering 808s, he locks into a confident flow punctuated by clever rhymes and an instantly chantable chorus.

To celebrate its arrival, Wale is partnering with North America’s premiere Livestream shopping platform, NTWRK to raffle off a pair of retro Tiffany Nike SB Dunks for only $1. Join the NTWRK app HERE and comment with your username by Sunday 3/6 for a chance to win. Wale will announce the winner on NTWRK’s app live stream on Monday 3/7 where fans can also purchase a limited-edition Diamond Supply x Tiffany Nike SB Dunk Wale pillow that is featured in the video, exclusively on the NTWRK app.

Next up, Wale takes over the big screen in a big way with a role in Michael Bay’s new action thriller Ambulance, opening in theaters everywhere on April 8. Wale’s currently on his nationwide “Under A Blue Moon” and concludes the tour in his hometown at The Filmore in Silver Springs, MD on March 11. Tickets are available on Wale’s https://www.walemusic.com/

Folarin II has amassed tens of millions of streams and earned widespread critical acclaim. Pitchfork christened it “his best release since initial hype-generator The Mixtape About Nothing,” and Complex hailed it as “a lyrical smoothie of pain, passion, and perseverance.”

For his latest Warner Records album, Wale flips between sounds and moods, dipping into flirty wordplay and mid-2000s R&B samples one moment (“Poke It Out” with J. Cole and “Angles” with Chris Brown) and triumphant, yet reflective tracks the next (“Tiffany Nike” and “Light Years” with Rick Ross). On #1 radio single “Poke It Out,” he cruises over a sample of Q-Tip’s “Vivrant Thing” for a playful single, trading slick bars with Cole. Wale’s album-length balancing act is a testament to his skills as a writer and to his well-honed taste as a curator, qualities that helped him elevate to his place as one of rap’s premier tastemakers. It’s a position he’s maintained since bursting onto the scene over a decade ago and it’s one he’s steadily reminded fans of over the last few years.

Last November, he shared the bittersweet “Flawed” with Gunna. And in 2019, his sixth studio album Wow… That’s Crazy spawned the #1 single “On Chill” featuring Jeremih, which received a 2020 BET Award nomination for “Best Collaboration.” The Grammy-nominated artist’s list of accolades and accomplishments grows every year. He’s covered publications such as Complex, Billboard, XXL, Vibe, and Uproxx, and has received honors at the BET Awards, BET Hip-Hop Awards, Soul Train Awards, and more. To date, Wale has achieved six Platinum or multi-Platinum singles, three Gold singles, and two Gold albums. Folarin II shows that despite all the acclaim, he’s still focused on building a legacy, one that shines brighter than any plaque.

ABOUT WALE:
Few rappers have been as versatile for as long as Wale. The DC rhymer has helped permanently collapse the worlds of backpack rap and the Billboard Hot 100, packaging social commentary with braggadocious bars and anthemic tales of romance and aspiration. And he’s still pushing forward with his newest album, Folarin II, a sequel to the 2012’s pivotal mixtape Folarin. With its blend of fly-guy theme songs, infectious R&B collaborations, and genuine soul-searching, the record reaffirms his status as one of rap’s most innovative, exciting, and enduring curators. Wale first broke out with 2008’s A Mixtape About Nothing. By the time he released his major-label debut album, 2009’s Attention Deficit, he was named a member of XXL’s Freshman Class—cementing his place as a venerable rap star. Over the next decade, he consistently expanded his catalog and perspective with albums like Ambition (2011), The Gifted (2013), The Album About Nothing (2015), Shine (2017), and Wow…That’s Crazy (2019). And though the title of Folarin II lends itself to nostalgia, its content shows he’s focused on the future. Heading into 2022, he’s looking forward to tapping in with his fans on tour and appearing in the new Michael Bay film Ambulance. While Folarin II is an argument for his role as an era-defining artist, Wale, confident in his stature, isn’t sticking around for individual accolades as much as the process itself. “I’m passionate about what I do,” he says. “I get up and I go to work.” 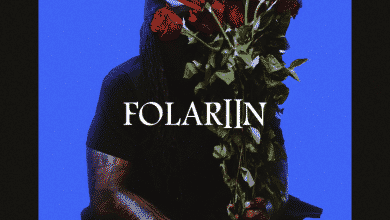