Chicago’s R&B sweetheart, Tink released the visual for Heat Of The Moment’s naija-pop inspired track, “Might Let You” starring DaVido today. The Daniel CZ-directed visuals blends vintage and contemporary aesthetics as Tink is caught vibing with the Nigerian superstar to the afro-pop hit, while donning haute couture. “Might Let You” is found on Tink’s critically acclaimed project, Heat of The Moment – watch the video above.

Executive produced by Hitmaka, Heat Of The Moment, features guest appearances from Yung Bleu, on the lead-single “Selfish,” as well as Jeremih, Davido and Kodak Black. In the Heat of The Moment video, released alongside the project in July, Tink dishes on the casualties and struggles of growth and elevation and how the rumors, hate and fake love take a toll on her. The Heat of The Moment video and full project were released behind her Yung Bleu-assisted and OG Parker, Hitmaka-produced lead single, Selfish.

“With Heat of the Moment, I want people to see the elevation in me,” Tink explains. “Through all the hate, I’m still rising. The video feels like a reintroduction. I’m showing people I’m the same bitch, just on a different level. I’m excited for this album, solely because It’s different from anything I’ve ever released. I really stepped out of the box, and pushed my sound on each record. Working alongside Hitmaka made it fun. And I’m just happy to deliver good music for the fans.”

More On Tink:
Tink is the undisputed Queen of Chicago R&B. Born on the southside of Chicago, music has continued to be a constant thread for Tink from the beginning. Her 2014 collaboration with Da Internz birthed her first collaboration with Jeremih, the breakout hit “Don’t Tell Nobody”. The song caught the ear of superproducer Timbaland, who then introduced Tink to L.A. Reid and Epic Records. After a short stint with Epic, in 2015, Tink continued her Winter’s Diary series with the release of Winter’s Diary 3 and 2016’s Winter’s Diary 4. She broke away from the Winter’s Diary series with her 2018 Pain & Pleasure EP. In 2019, Tink inked a distribution deal with EMPIRE and released her Voicemails project. Unbridled by covid-19, In 2020, she returned to her roots accelerating the rate of her releases with the drop of Hopeless Romantic immediately followed by A Gift And A Curse, featuring “Bottom Bitch,” (14.1M views) and fan-favorite, “Cap.” Now, in 2021, Tink is poised to reclaim her throne, not only as Chicago’s R&B sweetheart, but the world’s. 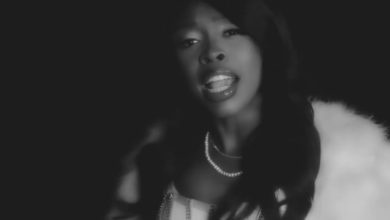 Tink – I Choose Me