“R&B Money is a labor of love to my fans and to the genre of R&B. This is who I am! I wouldn’t be here if it weren’t for artists like Marvin Gaye, Teddy Pendergrass, Keith Sweat, Al Green, and my fans who inspire me every day to make music,” says Tank. “I wanted this album to pay homage to my influences and my evolution as an artist, and I think that’s what this final album represents.”

In addition to releasing his new album, Tank and J. Valentine celebrated the launch of their “R&B Money” podcast via iHeartMedia and Charlamagne tha God’s Black Effect Podcast Network with Jamie Foxx as their first guest. Debuting as the #1 Music Podcast, the show will celebrate the genre of R&B, representing the culture like no other. It will highlight everything from Marvin Gaye to Pink Sweat$. R&B Money has produced an exciting space for artists & executives in the game to reminisce with exceptionally compelling storytelling while building a place of discovery for the fans.

Throughout his 20+ year career, Tank has garnered over six #1 hits and has written and produced for names like Aaliyah, Chris Brown, Jamie Foxx, Alicia Keys, Beyonce, Kelly Rowland, and more. From his first hit single, “Maybe I Deserve,” Tank has been able to touch listeners that have garnered him a cult following with releases like “Slowly,” “Please Don’t Go,” and “I Can’t Make You Love Me.”

In 2021, Tank celebrated the long-overdue streaming debut of his landmark first three solo albums, 2001’s RIAA gold-certified, #1 debut, FORCE OF NATURE, 2002’s ONE MAN, and 2007’s chart-topping, GRAMMY® Award-nominated SEX, LOVE & PAIN. Rolling Stone acknowledged the historic streaming premiere with an exclusive interview with Tank, writing, “For the first time, fans will also be able to travel through his catalog in reverse, rewinding from 2021 to 2000.” 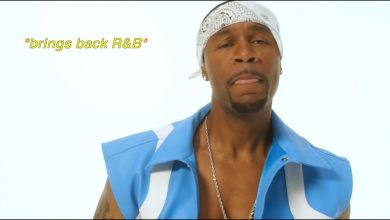