In his just-dropped video for “Nobody” featuring Pho Pho, rapper Skrilla49 reflects on how his passion for greatness helps him achieve…but also brings out the clout chasers. As Skrilla explains, “We came up with ‘Nobody’ in the studio because some girl said, ‘oh you’re from Compton? Do you know Roddy Rich?’ So we all laughed and I freestyled and the bar came alive and that birthed the song…”

Compton’s Rosecrans has been called “Westcoast rap’s most famous avenue” by the Los Angeles times, and its fame is well-deserved. Skrilla49 is part of a legacy that NWA, Kendrick Lamar and others have forged. Skrilla grew up around music as a youth, mostly thanks to his radio legend father, DJ T-Ru at Power 106. As a teen he began his rap career–with hometown mentors like Kendrick Lamar and Westside Boogie encouraging him, and Rosecrans Music group behind him. Now a grown man, Skrilla49 is no stranger to the grind. He’s spent the last year focused on recording and refining his sound, and now his fans get to enjoy the fruits of his labor!

In the just-released visual for “Nobody” featuring Pho Pho, shot in Los Angeles and directed by Khrave, Skrilla49 rides an uptempo rhythm with ease, rapping about the “nobodies” who clout chase when they know where he’s from:

With a string of hits to come for this rising star, there’s no doubt the legacy of Compton is holding strong. As Skrilla49 continues his artistic grind, stay connected with the links below and be sure to watch the full video for “Nobody” above. 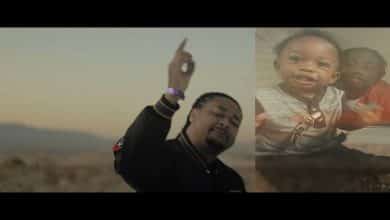 Skrilla49 – What You Do It For