Baltimore’s Shordie Shordie is kicking off his year with an emotionally charged, gorgeous new three song-collection titled Me & Mine Pt. II, the sequel to his original fan-favorite Me & Mine set released back in ’19. The new music captures Shordie’s signature lover-boy lightning in a bottle sound and documents his evolution as a songwriter. Along with this latest installment of the series, Shordie releases a music video for “Leave,” which further establishes his magnetic charisma and poise in the spotlight.

Leading off Me & Mine Pt. II is “Mine,” a piano-laden open love-letter and story-driven track that paints a vivid picture of a love that is meant to be. Shordie puts his game down on “Leave,” a plea making his case as the one his lover should stand by despite mistakes they both have made. Capping off the bundle is a smooth burner “Night Time,” driven by a pulsing bassline that Shordie slides on, effortlessly carving out the space to speak his mind in the night hours. The 3-song effort is a complete and well-rounded snapshot of a star in the making.

Me & Mine Pt. II follows Shordie’s track “Counter,” released in December of ’21, and the previously released “Specific” feat. BLXST. In 2020, Shordie released his acclaimed collaboration project with Murda Beatz titled Memory Lane, which raised his profile significantly. He is the only rap artist from Baltimore to have achieved RIAA Double Platinum certification. To date, Shordie Shordie has amassed nearly a billion streams and has been covered by the likes of XXL, Pitchfork, COMPLEX, The FADER, UPROXX, GENIUS, SPIN, and many more.

“Going solo has let him flourish creatively; his hooks have only become a deadlier tool in his arsenal.” – PITCHFORK

ABOUT SHORDIE SHORDIE:
Multi-Platinum artist Shordie Shordie is making history. As the first rapper from Baltimore to ever achieve RIAA Double-Platinum status, he has emerged as a shining star from the city who created a lane for himself and never switched up. 2022 finds Shordie putting in work pushing his melodic music and magnetic energy into the zeitgeist and watching his growing fanbase reciprocate the love. His latest ‘Me & Mine Pt. 2’ bundle is the culmination of the momentum he has been ramping up over the past year with live shows and explosive tracks like “Specific” feat BLXST and “Counter.” The original ‘Me & Mine’ collection of songs arrived in ’19. His emotional collaborative project, Memory Lane with hit-making producer Murda Beatz was released in ’21 and took his career to new heights. He released >Music (more than music) in ’20 which was his acclaimed mixtape prior to Memory Lane and the follow-up to his impressive debut, Captain Hook, the project that features his RIAA double platinum-certified breakout track “Bitchuary (Betchua).” It was that song and moment which established him as one of the most exciting artists in the game from Baltimore, Maryland and the greater DMV area. With a style unique unto his own, Shordie Shordie has cultivated and mobilized a fervent fan base globally. Powered by a relentless work ethic resulting in prolific output since he arrived on the scene, Shordie has garnered media attention from Pitchfork, XXL, The FADER, Complex, HotNewHipHop, The Washington Post, and many more. 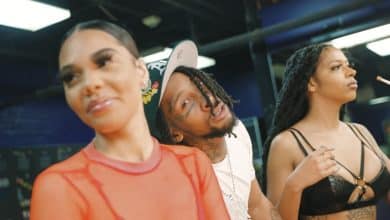 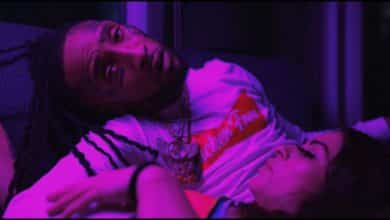