The album is a love letter to the kung fu movies that aired each Saturday on local tv channels when there were only 5 channels to choose from. The films inspired fantasy and imagination for a legion of young people and showcased gloriously violent lessons of good vs. evil.

Legendary multi-platinum and GRAMMY-winning producer DJ Scratch exclusively produced the album, enabling RZA to focus on his first love, MCing – a refreshing notion considering RZA’s prominent production presence on most of the projects he’s worked on. Despite having never worked together in an official capacity, RZA and Scratch are both pioneers of New York rap and have long admired each other’s work; in fact, Scratch actually produced an instrumental album “If The Wu Was Here,” inspired by RZA’s production.

The album sees RZA sparring with Bobby Digital, his more aggressive alter-ego, trading lyrical punches over classic ’90s boom-bap production loaded with kung fu movie samples. RZA conceived the album during the early months of quarantine, and the end result is a vivid, audio odyssey in which he modulates between personas and emotions, capturing the bipolar tendencies of the human mind.
The vividly reminiscent video for the title track, “Saturday Afternoon Kung Fu Theater,” was produced by Danny Hastings and The RZA, and follows a young boy’s immersion into the matinee movie, featuring RZA vs. Bobby Digital, with DJ Scratch adding musical drama. Watch it here.

RZA says, “Lyrically the hip-hop part of me had a chance to re-emerge during quarantine. Giving Scratch the reins as a producer and me taking the reins as an MC, that’s what frees me up creatively and lets me play more with lyrical gags and lyrical flows because I don’t have to be focused on everything. He (Scratch) delivered tracks that resonated and brought me back to a sound that I felt was missing. For me, it was really natural for me to flow and write to these songs.”

DJ Scratch says, “It was an honor to produce & executive produce an entire album for a legendary MC, who happens to be one of the greatest hip hop producers of all time. This album is like a movie. The first track gives you the synopsis of the movie. The beats & the videos we shot will take you back to when you couldn’t wait to turn to channel 5 every Saturday at 3 pm to watch Saturday Afternoon Kung Fu Theater. I’m proud of this project & I can’t wait to perform these songs live.”

About MNRK Music Group
MNRK Music Group is one of the largest independent music companies in the world, with recording, music publishing, and management divisions operating in every major music market around the world. MNRK is committed to discovering and guiding top music creators and artists and is home to some of the greatest musical talents in the world, including The Lumineers and Ricky Martin as well as the iconic Death Row Records and the music publishing catalogue of Chuck Berry, plus premier music companies Dualtone Music Group and Last Gang. Its catalogue across divisions consists of 54,000 music tracks, including multiple GRAMMY winners and platinum-selling hits.

About 36 Chambers
36 Chambers ALC is a lifestyle company that specializes in music, fashion, and art. With these three principles, we seek artists and products that are at the forefront of culture, consciousness, and creativity. Drawing from diverse sources of inspiration from around the world and infusing them with hip-hop street culture, we strive to present a mix of products and experiences that are sure to fit in today’s marketplace. For ethical reasons, 36 Chambers does not use any animal leather or animal by-products. 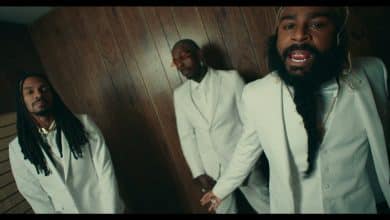 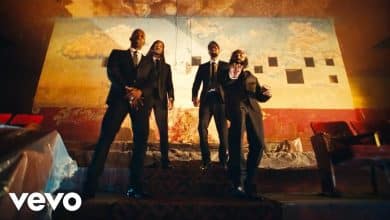 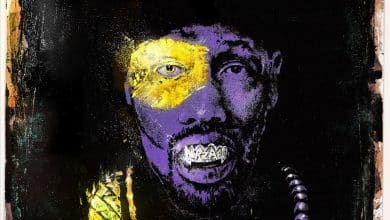