Roving Jewel and Wu-Tang affiliate and legendary Sunz of Man member Prodigal Sunn have teamed up to bring a new visual and sonic experience off of the recently released The 38th Expansion.

Prodigal Sunn speaks on the problems facing America and rising and thriving in the face of adversity.

The album hosts an impressive list of hip-hop heavyweights including Tek of Smif-N-Wessun, Killah Priest from Sunz of Man, Substantial, 9th Prince and Kinetic 9 from Killarmy, Zion I, Casual of Hieroglyphics, Planet Asia, and more to create a sonic experience reminiscent of nineties underground hip-hop while embracing something just on the horizon.

Ranging from head bobbing boom bap to atmospheric soundscapes laced with sparse percussion these seasoned emcees speak on problems plaguing present day society including the pandemic, race tensions, police corruption and brutality, and the tragic death and aftermath of the George Floyd killing. 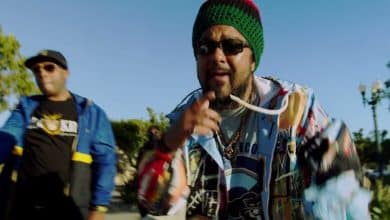