Protoje reminds fans that the pursuit for peace is as much mental as it is a physical journey on “Incient Stepping,” his next single and video to drop from his anticipated summer LP (In.Digg.Nation Collective/RCA Records).

Following his latest single “Hills,” in which he revealed his secret location for solace in Jamaica’s fertile mountain ranges, he finds an even more enlightening place of solitude – the sacred temple of his soul – on “Incient Stepping.”

“Incient is a song that I sing with my eyes closed and feel it very deeply. Musically It’s deep rooted reggae, which I feel is a really great contrast to my last single. There is a certain spirit it carries in the lyrics and delivery. I feel it is brought about by the ethereal soundscape of the music, which is almost hypnotic to me,” states Protoje.

Protoje is at his most spiritually grounded place of zen on the track. The instrumental’s calming rhythm, produced by Zion I Kings, compliments the meditative theme of Protoje’s conscious lyrics and orchestrates a trans-inducing experience. The visual for “Incient Stepping,” directed by Samo, is set in Protoje’s go-to tropical habitat. Standing in a dense fog that cloaks the green foliage, the mindful wordsmith is still through most of the scenes.

The release of “Incient Stepping” is on the heels of the Protoje’s recent journey to Africa, where the Grammy-nominated singer was able to hit the stage and connect with thousands of fans in Ethiopia and Kenya. He continues to spread his music around the world, performing his hits as well as material from his 2020 album In Search Of Lost Time for the very first time. Next stops are Cali Roots (Monterey, CA), City Splash (London, UK), Roots Picnic (Philadelphia, PA) and Bonnaroo (Manchester, TN). Full schedule below.

ABOUT PROTOJE:
Born and raised in Saint Elizabeth, Jamaica to singer Lorna Bennett and former calypso king Mike Ollivierre, Protoje blends hip hop, soul and jazz into his native sounds of reggae and dancehall. The musical prodigy, along with a collective of fellow artists, began getting mainstream attention for their addictive melodies and conscious lyrical messages in a movement dubbed the “reggae revival.” Publications such as VOGUE, Rolling Stone and The FADER have declared him one of the brightest talents out of Jamaica. His catalog consists of the following studio albums: Seven Year Itch (2011), The 8 Year Affair (2013), Ancient Future (2015) and A Matter Of Time (2018) and In Search Of Lost Time (2020). As a producer, he receives a co-credit for Rock & Groove Riddim (2019). His studio album A Matter Of Time earned him a GRAMMY nomination for Best Reggae Album and his national U.S. TV performance on The Tonight Show Starring Jimmy Fallon, both in 2019. He has toured with Ms. Lauryn Hill and appeared on major festivals including Coachella (US), Glastonbury (UK), Afropunk (US), Reading & Leeds (UK), Sole DXB (Dubai) and Lollapalooza (Chile), reaching audiences far and wide with his genre-fusing sound. In 2020, the musician signed an unprecedented major deal with RCA Records in partnership with Six Course Records and his label and management company In.Digg.Nation Collective. Under the RCA deal, Protoje brokered individual album deals for himself as well as rising female artists Lila Iké, Sevana and Jaz Elise. He has received praise from the likes of NYLON and Uproxx for In.Digg.Nation Collective’s forward-thinking sound. He performed on NPR Tiny Desk and The Late Show with Stephen Colbert #PlayAtHome and graced one of i-D magazine’s digital covers for Spring 2021. In 2022, Protoje will release his 6th studio album. 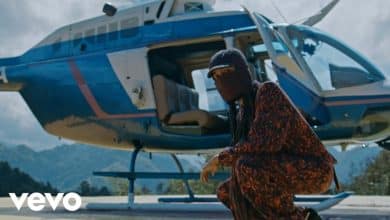