17-year-old gay Muslim pain rapper Nazzy The Mic raps about being undeserving of her girlfriend’s love in the Peter Insinna-directed music video for “Sea and Sky”. Produced by 3GLI, her new collaboration features fellow Philly artist Mizxy Silme. Born Norelle Hampton, Nazzy has been hitting the studio since the age of 6. Her style is founded upon her sub-genre named Pain Music that turns the booth into a therapy session to communicate her problems, feelings, and thoughts on the mic. “Sea and Sky” comes on the heels of the release of Nazzy’s single “Get This Money”. Nazzy had this to say about the genesis of “Sea and Sky”, “The song concept was actually Mizxy’s. I had another plan and vibe in mind, but he was like lets do a love song, last time when we did ‘Choose Me’ we were asking her to be with us, now let’s talk about how we feel now that we have her. It was a great idea and we made it happen.” 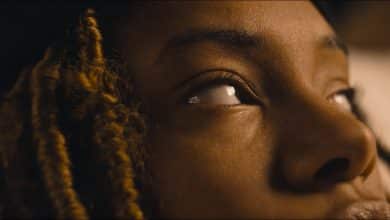