Lily Rayne returns with a melodic single paired with hazy, Dope Overdoz Studios-directed visuals for, “Pink Lemonade.” On her new track, Rayne harmoniously pleads with her love interest to always choose her despite her schedule or what she’s going through.

In alignment with “Pink Lemonade’s” lyrical content, the visuals highlight the conflict of Rayne’s introspection as she is seen going from a party scene to deep into her thoughts. She’s seen hoping that even though she’s distracted with life that whenever she’s ready the girl on her mind will always pick up the phone.

“Pink Lemonade” is a smooth and mellow track over a tantric beat that effortlessly displays that Lily Rayne is only getting better. Stay tuned for what’s next!

ABOUT LILY RAYNE:
Lily Rayne is a triple-threat hailing from the creative capital Providence, Rhode Island and now residing in Atlanta. The singer, rapper, and songwriter fuses alternative hip-hop and R&B to create a fresh, eclectic sound for the masses with the lyricism of a woman wise beyond her years and poised for stardom.

Her first record, “Super Lit”, circulated bringing interest in and out of her city while her subsequent single, “On!” went viral after capturing the attention of singer Justine Skye who shared it on her socials. Ready to tell her story, Rayne dropped her debut EP, Rhode Girl, followed by her EP FEMME in 2017. Rayne is now back with new musical inspirations, more life experience, and a fresh take on her future as she gears up to release her next album at the top of 2022. 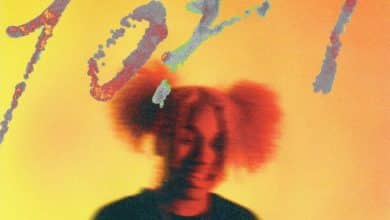