Today, the most dynamic new duo in the game Lil Wayne and Rich The Kid reveal the music video for “Trust Fund.” It stands out as the latest single from their collaborative mixtape, Trust Fund Babies, out now via Young Money Records/Republic Records.

In the visual directed by Mooch [Iann Dior, Trippie Redd], Wayne and Rich The Kid take over a skate park. As halfpipe shredding moves abound, they trade head-turning and hypnotic bars with the airtight chemistry of lifelong friends. The clip jumps between footage of them superimposed on mini-bodies and video game avatars as the frenetic action never stops.

It’s everything you’d hope for from this pair and more!

Next up, Trust Fund Babies will receive a limited physical CD release at independent record stores nationwide as part of Record Store Day 2021 on Black Friday November 26. View HERE for the official list of retailers.

Meanwhile, Wayne continues to hold down the game. This fall, he released Tha Carter IV (Complete Edition) on streaming platforms in celebration of the critically acclaimed album’s 10th anniversary. Plus, he has shared a series of captivating visualizers for classic tracks, including “She Will” [feat. Drake], “Blunt Blowin,” “President Carter,” and “Nightmares of the Bottom.” Not to mention, he broke TikTok with his very first post for “Feelin’ Like Tunechi.”

Wayne also launched the specialty Tha Carter IV Topps trading cards – making him the first rapper to have his own trading card collection.

Occupying rarified air, he now has the “3rd most Billboard Hot 100 hits of all time” with 175 entries, as reported by Forbes. Lighting up one banger after another, he joined Drake for “You Only Live Twice” with Rick Ross from the biggest-selling blockbuster album of the year, Certified Lover Boy, and appeared on “The Ritual” with Conway The Machine from AZ’s critically acclaimed Doe or Die II.

Be on the lookout for a whole lot more soon.

ABOUT LIL WAYNE:
Lil Wayne rewrote the entire game in his image. The five-time GRAMMY® Award-winning multiplatinum rap icon, Young Money Entertainment founder, acclaimed author, skater, philanthropist, and history-making superstar left an indelible tattoo on the culture. By 2020, he cemented his legacy forever as “one of the best-selling artists of all time,” tallying sales in excess of 100 million records worldwide with 15 million albums and 37 million digital tracks sold in the United States alone. Not to mention, he garnered 11 BET Awards, four Billboard Music Awards, two MTV VMAs, and eight NCAAP Image Awards. Among many milestones, he emerged as “the first male artist to surpass Elvis Presley with the most entries on the Billboard Hot 100,” logging a staggering 109 entries. With a discography highlighted by two consecutive #1 debuts on the Billboard Top 200 with 2008’s triple-platinum three-time GRAMMY® Award-winning opus Tha Carter III and its double-platinum 2011 successor Tha Carter IV, he completed the series with Tha Carter V in 2018. Not only did it clinch #1 on the Billboard Top 200, but it also achieved “the second-largest streaming week for an album in history.” Every song on the tracklisting charted on the Billboard Hot 100 as he became “the first artist to debut two songs in the top 5.” It all bulldozed the way for his thirteenth full-length and fifth #1 on the Billboard Top 200, Funeral, a year later. Simultaneously, Wayne owns and operates Young Money Entertainment as C.E.O. The company ignited the careers of two of the most successful artists ever—Drake and Nicki Minaj. The committed philanthropist founded The One Family Foundation too.

ABOUT RICH THE KID:
Multiplatinum rap superstar Rich The Kid continues to deliver bold and blunt bangers propelled by razor sharp rhymes, clever ad-libs, and hypnotically hard-hitting hooks. The Atlanta phenomenon has landed two top five albums on the Billboard Top 200 with the platinum The World Is Yours [2018] and The World Is Yours 2 [2019]. Piling up platinum plaques and billions of streams and views, his catalog boasts fan favorites such as the double-platinum “b” [feat. Kendrick Lamar], triple-platinum “Plug Walk,” platinum “Talk To Me” with Tory Lanez, and platinum “Splashin.” He dropped his third album Boss Man in 2020 to widespread critical acclaim. As an entrepreneur, he has also broken other artists under his own Rich Forever Music, including Famous Dex and Jay Critch, to name a few. He kicks off his biggest chapter yet, teaming up with Lil Wayne on the 2021 single “Feelin’ Like Tunechi” and more to come. 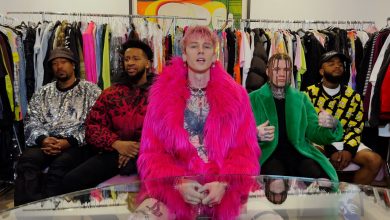 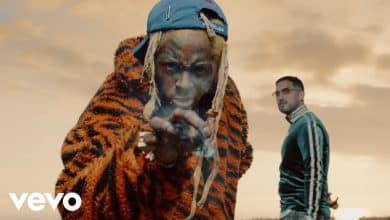 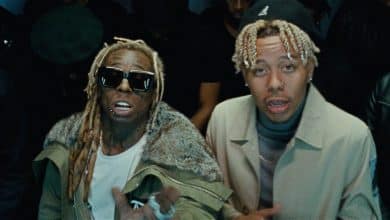