The album follows the release of Lil Pump’s first ever Spanish single and video “Contacto” feat. Nesi, as well as the club banger “Racks to the Ceiling” feat. Tory Lanez.

Lil Pump said “Ronny and I made history with Kanye West and “I Love it” and we plan to do it again. This music is what you have been waiting for.”

Ronny J said, “Pump and I are brothers and this was our chance to make more music together. So glad to be sharing it.”

Previously, Ronny J and Pump collaborated on the platinum worldwide smash “I LOVE IT” with Kanye West, which captured #1 in Canada and New Zealand and catapulted into the Top 5 in the U.S., UK, Ireland, and Australia. It is nearing 1 billion streams and counting.

The full track-listing for Lil Pump and Ronny J 1.5 can be found below:

ABOUT LIL PUMP:
Signature colorful dreads flailing, ominous ink on display, and superhero-sized charisma in plentiful supply, Lil Pump (born August 17, 2000) tore through hip-hop like a tornado, amassing over 3.8 Billion audio and video streams and counting. First joining forces as a 16-year-old with the next generation music and entertainment company Tha Lights Global, the South Florida sonic fire-plug ratcheted up over 200 million Soundcloud plays with his initial tracks, “Flex Like Ouu,” “Boss,” “D Rose,” and “Molly.” But it was the RIAA double-platinum “Gucci Gang” that topped singles charts across North America and Europe, streaming to #2 on the US Spotify Chart and #12 on the Global Chart, and earning over 1 billion combined YouTube views for its climactic, larger-than-life video in addition to peaking at #3 on the Billboard Hot 100. Lil Pump has earned multiple gold and platinum RIAA certifications, amassed over 3.8 billion audio and video streams, and attracting more than 16 million followers while rising to fame out of the SoundCloud rap scene and developing an enormous social media presence.

He landed a historic crossover with the late XXXTentacion on the platinum “Arms Around You” [feat. Maluma & Swae Lee]. He collaborated with Kanye West on the worldwide hit, “I Love It” with a groundbreaking video that has over 596 million views on YouTube prior to the release of 2019’s Harverd Dropout, which featured many guests, including Lil Wayne, YG, 2 Chains, Offset, Quavo and more. Lil Pump has also recently made waves in the Latin music scene through collaborations with Anuel AA and El Alfa.

ABOUT RONNY J:
Rap producer Ronny J was born Ronald J. Spencer, Jr. in New Jersey in 1992. Spencer grew up more interested in art and architecture than music, but after relocating to the Miami area for college, he began experimenting with music production and beat‐making. He discovered he had a talent for it and quickly fell in with the Miami hip hop collective C9, a group of artists led by Denzel Curry. His raw, experimental,
and often lo‐fi beats had their own unique essence, and his tracks soon became the backdrops for hit flows from big names in the burgeoning trap scene such as Lil Pump andXXXTENTACION. He had already worked with artists such as Ski Mask the Slump God, Smokepurpp, Keith Ape, and others before signing a deal with Atlantic Records in 2017. Since that time he has collaborated with some of the biggest artists in the industry inclusive of Kanye, Roddy Rich, Travis Scott et al.

About Tha Lights Global:
THA LIGHTS GLOBAL is a full-service, next generation music and entertainment company committed to finding and nurturing the best in new talent. They are laser-focused into the heartbeat of whatever is breaking out early across the full spectrum of social networks, listening and responding to trends in the making. Providing services in management, music production, marketing and promotion, touring, merchandising and media the company was founded in 2010. TLG Direct is the audio and video distribution arm of Tha Lights Global.. 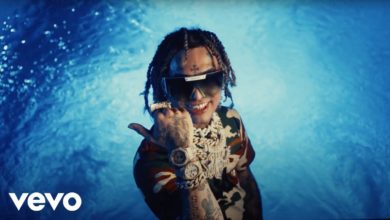