He’s back with another sultry bedroom anthem as we slip into the warmer months of Summer. “Say Yea” rides a sexy and slow beat towards a climactic chorus from the powerhouse vocalist. He flaunts his dynamic range with a falsetto-fueled crescendo. Once again, it showcases his raw vocal prowess.

Jacquees just released the official “Say Yea” music video which premiered on BET, MTV, YouTube and Vevo. Bridging the gap between eras, none other than multiplatinum R&B legend Keith Sweat appears for a surprise cameo in the video! “Say Yea” will impact Urban Radio on May 31.

Jacquees’ fans can catch him at one of his upcoming performances.

About Cash Money Records:
Since 1991, Brothers Bryan “Birdman” Williams aka “Baby” and Ronald “Slim” Williams have built Cash Money Records into a legendary force in the music industry. Through tireless devotion and an unparalleled work ethic, the duo founded the legendary label in the New Orleans housing projects and elevated it into a multi-million-dollar empire and cultural tastemaker. Not only is the company revered as an iconic and enduring global street brand, it’s become the most successful independent record label in America boasting a bevy of chart-dominating, multi-platinum artists and Grammy Award winners and cumulative sales over 100 million albums worldwide, the roster includes Jacquees, Blueface, Deemic, Juvenile and more. The label also houses Lil Wayne’s imprint Young Money Entertainment (Drake and Nicki Minaj) as well as a publishing arm Cash Money Content. Cash Money Records is distributed by Republic Records, a division of Universal Music Group, the world’s leading music company. 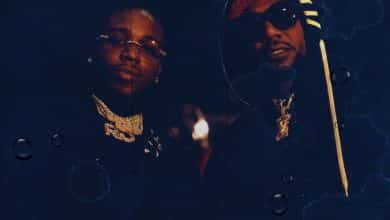