Watts rapper Glasses Malone delivers Glasshouse (The Prequel), a re-imagined version of his acclaimed 2012 mixtape Glasshouse. The revamped and enhanced version includes 5 new tracks, 3 remixes (GMX) and standout tracks from the classic Glasshouse project that will now be on streaming services for the first time. The new project features an intro dedicated to hip-hop by Schoolboy Q and album interlude narrations by Kurupt. Special guest features include Ice T, Snoop Dogg, Warren G, Ty Dolla $ign, The Game, Tray Deee, Too Short and Raphael Saadiq. This is a definitive West Coast gangster rap project from one of the genre’s best and brightest minds.

New tracks include lead single “6 ‘N The Mornin’ (GMX)” with Snoop Dogg, Ty Dolla $ign, and Ice-T that HotNewHipHop declares “an anthem that seems singlehandedly determined to spark nostalgic fondness for the generations of West Coast gangsta rap come and gone.” Elsewhere, Malone teams with The Game and Kurupt for the G-Funk anthem “Keep It G” that AllHipHop says is “an absolute slapper.” Tray Deee and Kurupt jump on the hypnotizing “ACTIV3” while Malone shows his versatility on “Show No Love,” a duet with R&B icon Raphael Saadiq.

Glasses explains, “As the last true essence of this west coast rap lineage, I want this project to connect the DNA. The history of The West. Gangsta Rap is the unapologetic truth of our culture delivered in a fiery rebellious way. It brings the excitement that’s been missing in hip-hop.”

The new album will follow Malone’s 2019 viral sensation “2Pac Must Die,” a song and video that logged more than 5.1 million streams and landed high-profile interviews on The Breakfast Club and Big Boy, among others. Additionally, fans can check out Glasses Malone hosting his podcast “No Ceilings” with co-host Peter Bas on the Black Effect Podcast Network via iHeart Radio.

ABOUT GLASSES MALONE:
Glasses Malone knows how to make a statement. In July 2019, the Watts, California rapper released “2Pac Must Die” song and video, in which Glasses Malone tells the story of Tupac Shakur’s death from the perspective of Compton Crip gang member Orlando “Baby Lane” Anderson, whom many believe shot and killed Tupac. “2Pac Must Die” became an Internet sensation, logging more than 5.1 million views.

“2Pac Must Die” pushed Glasses Malone creatively, earning him one of the biggest songs of his career. “It’s the only way I’ve ever been successful in life, when I took things into my own hands,” Glasses Malone says. “It’s what my mom raised me to be, a leader.”

Growing up as a street-racing enthusiast in the gang-infested streets of Southern California, Glasses Malone focused on creativity early on. It was a way to express himself as he shuttled between Watts and Compton, became a gang member, dealt drugs, and endured his mother getting a 20-year federal prison sentence. He became a gear-head, someone who studied cars as much as rap. Thus, it’s no wonder several of his projects and songs have vehicular themes.

In his music, Glasses Malone’s remarkable blend of street insight, social commentary, and lyricism earned him ringing endorsements from a series of rap icons, including JAY-Z and Dr. Dre. From there, Glasses Malone became a rap fixture thanks to a series of acclaimed mixtapes, including White Lightening. Glasses Malone was introduced in 2006 to Mack 10, who brought him to the Cash Money Records fold. Over the next several years, he released celebrated projects and was featured in 2018 on the Netflix show Fastest Car.

As he prepares for the release of his next project Glasshouse, Glasses Malone is readying three more albums for this year and establishing himself as an artist synonymous with creating innovative music, television, and film projects.

“I was bred by Birdman to run a record label,” Glasses Malone says. “I was schooled by Mack 10 to understand what it would take to succeed from a musical and visual perspective, what it would need to look like. The right person was casted for this film.” 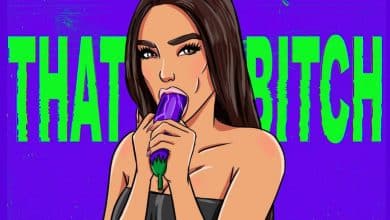