Today, multi-platinum and certified diamond recording artist, Fetty Wap signifies his return to music and beloved fans with the release of his latest project, The Butterfly Effect. During Fetty’s hiatus, the Grammy award-winning Patterson native reflected upon past traumas, contention with enemies, lust for abundance, romance, and his compelling need to move forward. Butterfly Effect is a euphonious interpretation of his learnings, that also captures Fetty’s signature uncompromising cadence. Standout track, “The Truth” overlaid with rhythmic synthesizers, hard-hitting drum beats, and Fetty Wap’s dynamic lyricism, details his movement away from the past and his new approach to life and relationships.

The pop culture lexicon’s year in contemplation inspired the project’s title and represents a phonetic allusion to the renowned phenomenon that changing the past will result in future consequences, alas the butterfly effect! The mixtape, jam-packed with mesmerizing tempos and unrelenting vibrato sonically transports listeners into Fetty Wap’s world.

Butterfly Effect follows the release of Fetty’s 2020 project, You Know the Vibes that featured standout tracks, “Gangsta Love” and “Way Past 12”. In the same year, the RIAA bestowed the New Jersey native’s love anthem “Trap Queen” (749M views) the highest honor with Diamond certification status. The evocative bop joins the 57 songs in history that have been certified diamond by the RIAA.

ABOUT FETTY WAP
The New Jersey native first made his mark with diamond certified and debut single, “Trap Queen,” and was quickly catapulted to the top of the charts, earning him a number of platinum certifications, nominations and awards. Since then, Fetty has experienced success on a massive scale with “My Way,” “679,” “Again,” “Wake Up” and “RGF Island” all certified Platinum and debut album Fetty Wap 3X Platinum. Fetty Wap made history as the first artist to simultaneously chart his inaugural four entries in the Top 10 of the Billboard Hot Rap Songs Chart. Other historic “firsts” include becoming the first artist since Eminem to land 3 songs in the Top 20 of the Billboard Hot 100 and the first artist to take 3 spots on the Shazam Global 200 Chart. From there, Fetty was nominated for 11 Billboard Music Awards (winning Top New Artist), two Grammy Awards and an iHeart Radio Music Award. 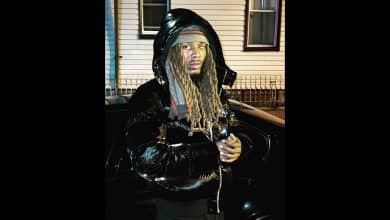