Los Angeles rapper Earl Sweatshirt taps rap duo Armand Hammer to share the brand-new single, “Tabula Rasa,” which arrives alongside an accompanying visual. Additionally, the prolific rapper announces the imminent release of his new project SICK!, via Tan Cressida / Warner Records. The song and video closely follow that of “2010,” the first new solo release from the artist since he dropped his project FEET OF CLAY in 2019.

“Tabula Rasa” is a slow-burning cypher that finds Earl and Billy Woods and Elucid of Armand Hammer laying evocative verses over a looped soul sample running nearly 5 minutes in length. The Josh-directed video shows the process of the track’s recording in a one-shot take. Elucid recites his verse in the recording booth before Billy Woods leads viewers outside for his verse. The camera then moves into the studio where Earl is seen alongside the track’s producer, Alchemist, and Boldy James as he performs the final verse.

“SICK! is my humble offering of 10 songs recorded in the wake of the worldwide coronavirus pandemic and its subsequent lockdowns. Before the virus I had been working on an album I named after a book I used to read with my mother (‘The People Could Fly’). Once the lockdowns hit, people couldn’t fly anymore. A wise man said art imitates life.
People were sick. The People were angry and isolated and restless. I leaned into the chaos cause it was apparent that it wasn’t going anywhere. these songs are what happened when I would come up for air. Peace and love to Zelooperz the enigma, The Armand Hammer, and my good friends Alchemist and Black Noi$e. Peace and love to u.”

Pre-order SICK! and watch and listen to “Tabula Rasa” above and stay tuned for more from Earl Sweatshirt coming soon.

ABOUT EARL SWEATSHIRT
LA byproduct Earl Sweatshirt showcases his roots in the historically Hip-Hop rich environment of which he came from through his gifted writing, lyrics, and producing. His latest EP Feet of Clay, released in 2019, is further proof that he is one of the greats of this generation. Earl has been consistently pushing forward and staying culturally relevant through documenting his growth and self-discovery since he was 16 when he released his first mixtape Earl. Three years later he released his debut album Doris followed by critically lauded I Don’t Like Shit, I Don’t Go Outside in 2015 which explored a more realized vision of the artist that had more depth of his technical dexterity as well as more swagger than prior releases. Fast forward to 2021; Earl readies his return to the scene. Stay tuned for more Earl Sweatshirt. 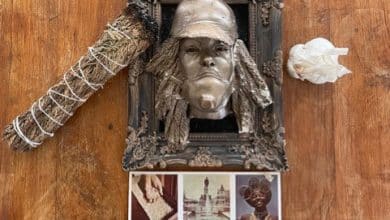