Bronx rap star and social media juggernaut DreamDoll, in partnership with TNT, is debuting an original “Claws”-themed single, “Oh Shhh,” from her forthcoming project (District 18/Warner Records), along with a new “Claws” music video. This collaboration sets the world of “Claws” into a song that embodies the series’ boundary-pushing female characters and amplifies the show themes of women finding their power, boss ladies taking charge and – of course – fierce nails.

DreamDoll shared, “This was truly an honor considering how much I love Claws. Like me, these bad-ass-boss-bitches understand sometimes you have to make certain sacrifices to achieve your dream.” On creating the new single, she mentioned, “I wanted it to sound familiar yet new, with a feel-good vibe. After going through a couple of potential tracks, I landed on this beat which samples Fergie’s “London Bridge.” I’m so excited that I can finally talk about it. It’s been so hard to hold it in. I hope my fans and fans of the show will love it.”

This new release continues the rapid ascent of DreamDoll, who’s built momentum with a string of well-received singles like “You Know My Body” featuring Capella Grey, “Ah, Ah, Ah” with Fivio Foreign and “Different Freestyle,” the colorful videos for which have contributed to her 25 million YouTube views to date. She’s a press darling who’s been featured in Nylon, Office, SPIN, and Allure, and gained a large fan base online with her freestyles and fashion content that continue to impress her 1.3 million TikTok and 4.4 million Instagram followers.

The highly anticipated fourth and final season of Claws airs with a two-hour premiere on Sunday, December 19 at 9 p.m. ET/PT on TNT. The third season of “Claws” ranked as a top 10 cable drama in 2019.

“Claws” is a midnight-dark, wickedly funny meditation on female badness set in a South Florida nail salon. The series follows Niecy Nash-Betts’ Desna Simms, who, alongside her crew of manicurists from the Nail Artisans of Manatee County salon, rises to power in the crime world to claim her share of cash and respect. It’s the story of hardworking women trying to get by in this economy, set against the surreal, bright, gritty landscape of Florida and the luscious, absurd, extreme excesses of the crime world. In addition to Nash-Betts, “Claws” stars Carrie Preston, Judy Reyes, Karrueche Tran, Jenn Lyon, Kevin Rankin, Jason Antoon, with Harold Perrineau, and Dean Norris.

About TNT:
TNT, a WarnerMedia brand, is watched by more people than any other cable network and known for big, lean-forward television that takes viewers on a thrill ride of electrifying stories, dynamic characters and premium events. TNT is home to some of television’s most popular original series including “Snowpiercer,” “Animal Kingdom,” and “Claws”. TNT is expanding its programming to include premium unscripted with “Rhodes to the Top” and the docuseries “Shaq Life.” TNT also presents primetime specials and sports coverage, including the NHL, NBA and NCAA Division I Men’s Basketball Championships and the professional wrestling league All Elite Wrestling (AEW), which has exploded onto the scene with “AEW: Dynamite” and “AEW: Rampage”. Website: www.tntdrama.com

About DreamDoll:
Hailing from a Burrough known for hip-hop, Bronx-born rapper and style icon DreamDoll laces her deft flows with a seductive spirit, continuing a hometown tradition by uncompromisingly being herself. She introduced this style on fan favorite independent mixtapes, Life In Plastic [2017] and Life In Plastic 2 [2019], before racking up 10 million streams on 2020’s “Who You Loving?” [feat. G-Eazy & Rahky]. She maintained her momentum with “Ah Ah Ah” [feat. Fivio Foreign], generating 25 million-plus YouTube views and counting. In between red-hot collaborations with Trey Songz, Yung Pooda, CJ, Erica Banks, and BeatKing, she lit up “Tryouts.” Along the way, DreamDoll earned praise from Nylon, Office, Spin, Allure, LA Weekly, and Billboard who praised “her progress as a rhyme technician.” Simultaneously, she attracted a devout audience on social media, eclipsing 4.5 million Instagram followers and 1.6 million TikTok followers. Signed to District 18 Entertainment/Warner Records in 2021, she kicks off a big, bold, and bright new chapter for The Bronx and hip-hop with her sexy and slick single “You Know My Body” [feat. Capella Grey] and forthcoming project. 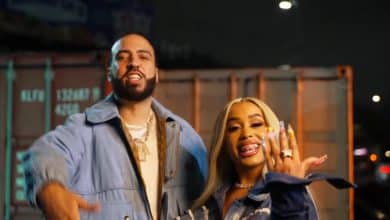 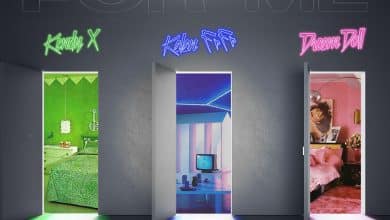 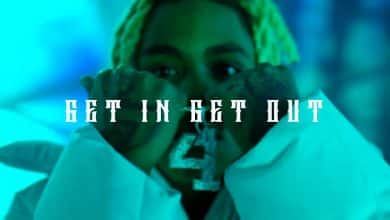 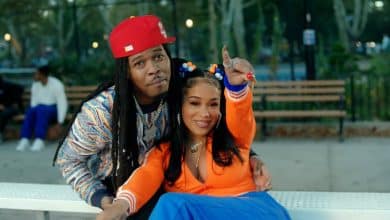