Cypress Hill has returned with their tenth studio album, Back In Black, produced entirely by Black Milk and due March 18, 2022 via MNRK. To ring in the announcement, the group has shared new single “Bye Bye,” featuring a standout verse from rapper Dizzy Wright — listen and pre-order Back In Black HERE. The new track comes on the heels of the announcement of the band’s extensive slate of touring for the year, including a leg of Slipknot’s Knotfest Roadshow 2022. Find all announced tour dates below. In yet another monumental move, the group has announced a brand-new documentary titled Insane In The Brain: Cypress Hill, which will be released this spring.

“In Cypress Hill tradition, we always try to make a dark song,” Cypress Hill’s B Real says about “Bye Bye.” “It’s what we’ve been known for, especially on our first three albums. This song is a statement. In a roundabout way, we spoke to the politics of today. Being lulled into this dreamworld by the government. Trying to blind us from the separation that they created, to put us to sleep while they do whatever they want.”

“Bye Bye” follows the 2021 release of album highlights “Open Ya Mind” and “Champion Sound.” Back in Black is Cypress Hill’s first full length since 2018’s Elephants on Acid, and comes at an already busy time for the band. Cypress Hill recently wrapped a co-headline tour with Atmosphere, and celebrated the 30th anniversary of their groundbreaking self-titled debut album with a sold-out show at LA’s Greek Theatre and an expanded anniversary edition reissue of their critically acclaimed debut. The band recently partnered with Z2 Comics for their very own original graphic novel, Cypress Hill: Tres Equis! which is out now. In addition to launching their own NFT collection at the end of 2021 — which sold out of “legendaries” and “rares” and will see a Back In Black collection dropping in March — the band also launched their own STANCE sock.

Cypress Hill shifts culture. The South Gate, California rap group championed cannabis before it became fashionable, ushered in a genre-shifting sonic tapestry, performed thousands of shows at a time when rappers were having a hard time getting booked for live gigs, and helped pave the way for rappers to use Spanish in their rhymes. Along the way, Cypress Hill earned a star on the Hollywood Walk of Fame, sold more than 9 million albums, and were nominated for three Grammy Awards.

During a time increasingly defined by singles of the moment, rappers B-Real and Sen Dog wanted to make a statement by releasing an album. Back in Black, the group’s forthcoming tenth studio project, finds the group flexing its musical muscles and pushing itself creatively.

“If you’re making music, you don’t just want to make one song,” B-Real says. “You want to make an album to show people like your skillset, your versatility, and to capture their minds. You can do that with one song, but an album is a journey. You have to take the trip. We were always fond of taking people on a journey, the rollercoaster ride, if you will, and you can only do that with an album.”

With a mesmerizing mix of celebratory, confrontational, inspirational, reflective, and rugged songs, Cypress Hill shines throughout Back in Black. Entirely produced by Black Milk (Slum Village, Lloyd Banks, Pharoahe Monch), the LP is an homage to Cypress Hill’s return and its collaboration with Black Milk.

Over crisp, thunderous drums and undulating bass, B-Real and Sen Dog turn a distinctive leaf on Back in Black selection “Open Ya Mind.” Here, the pair rap about the educational and legal aspects of cannabis. Yes, Cypress Hill enjoys getting high, of course. But the group’s affinity for herb runs much deeper. “We can talk about smoking, but there’s still a lot of people out there that need to be educated,” B-Real reveals. “As the scene has progressed and evolved into what it is now, there still are some road bumps out there. It’s not federally legal across the United States. It’s legal here in California and other states, but we still face a lot of obstacles in terms of the federal government. A lot of us are pushing to finally get it recognized federally. There’s still a whole lot of work to be done, so we just keep pushing along.”

As is the case on much of Back in Black, Sen Dog delivers the first verse on “Open Ya Mind.” “We haven’t done a lot of that,” Sen Dog says. “I’ve always been on the second verse or on a song by myself, so it feels good to be the one to throw out that first rhyme in a song.”

On the dark, percussive “Bye Bye” Cypress Hill throws another curveball by featuring rising rapper Dizzy Wright, who delivers a standout verse about the cost of violence. Elsewhere, the meditative “Come With Me” features Cypress Hill channeling Tupac Shakur. “We were good friends with him,” Sen Dog says of the late rap icon. “We never got to the point where we made a song together, though, so we wanted to give him props.”

Like Tupac, Cypress Hill has remained prolific throughout its illustrious career. On the drum-driven “Break of Dawn,” B-Real declares that he’s not going to stop regardless of what obstacles he’s facing, while on the sonically stirring “Hit ‘Em,” B-Real and Sen Dog rap about the importance of not slowing down and staying focused on your goals.

“Staying aggressive and going forward has to be part of the plan because you don’t get anywhere without that mentality,” Sen Dog says. “We’ve done it all, but since hip-hop is overcrowded, you have to keep your foot on the gas pedal and keep it moving or else you’re going to fall by the wayside. We don’t want that.”

Elsewhere, Back in Black cut “The Original” features live percussion from Eric “Bobo” Correa and turntable wizardry from DJ Lord, both of whom also add heft to brilliant album-closing cut “The Ride.” On the latter, B-Real recalls the pain he suffered and inflicted on others while participating in the street life. He made a conscious effort to leave that life behind when he dedicated himself to music, which he knew was also a cutthroat business. “I don’t think any of us thought that we would’ve been this successful,” B-Real says. “Hip-hop is a tough industry. It’s dictated by the record companies and is supposedly a young man’s game. But it’s really not. It’s about who still has the pass and who can put it down properly.”

Since releasing its eponymous debut album 1991, Cypress Hill has regularly revolutionized rap. B-Real and Sen Dog’s innovative lyrics, distinctive voices and poignant street-centered subject matter catapulted the group to superstar status. Cypress Hill ushered in a dusted sound thanks to primary producer DJ Muggs, introducing a distinctive West Coast aesthetic and presence. Its first LP sold more than 2 million units and its second album, 1993’s Black Sunday, pushed another 3 million units thanks to the Grammy-nominated singles “Insane In The Brain” and “I Ain’t Goin’ Out Like That.”

As its music captivated millions of listeners, Cypress Hill earned fans around the world thanks to its riveting stage show, which features phenomenal percussionist Bobo bringing additional sonic wrinkles to such songs as “Rock Superstar,” “How I Could Just Kill A Man,” “Lick A Shot,” and “Real Estate.”

More than 30 years since it debuted, Cypress Hill knew it had more to offer with Back in Black. “This album is a return to our roots,” Sen Dog says. “We were proud hip-hoppers back in the day and we’ve gone through it all. We’re proud to be part of the hip-hop industry. Doing a straight hip-hop joint was the way to go.” 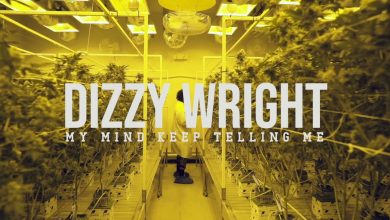 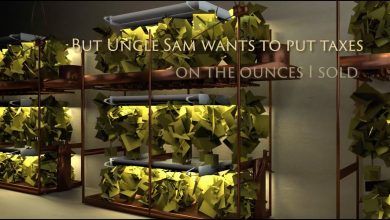