Today, rising New York rap star Curly J unveils the On The Moon bundle which includes a pair of dynamic new tracks titled “Who Ride” and “Moonlight.” The tracks also arrive with a stylish video for “Who Ride.” Featuring both intricate bars and the melodious rapping he’s known for, these new songs are set to send Curly into 2022 with even more momentum.

“Who Ride” is a change of pace for Curly J, trading in his signature melodic flow for an assault of technical precision and double-time bars. Over an ominous piano line, he showcases his prowess as a lyricist, spitting deliriously as he takes aim at those who stand in his way—both in rap and life. The track is a rebuke to haters who question his ability to spit. The video for “Who Ride” is stark and dramatic, starring Curly tearing through the night in a luxurious car, and hanging in a garage surrounded by a crew of beautiful women. A fitting visual for a song about working hard and thriving in spite of the naysayers.

“Moonlight” is also sure to be a fan favorite with its instantly memorable melody and bouncy drums under Curly’s recognizable flow. He’s back in his bag, crooning with the confidence of an R&B superstar. He knows just how many hats he can wear, acknowledging that he might even have “way too many flows.” Luckily, no matter which one Curly J chooses, it’s bound to be memorable.

Curly J has only grown as an artist since the March release of his impressive debut EP, Kingdom, and with this new pack of singles, which follows June’s “One of the Best” and July’s “No Drill,” he’s bound to continue his ascent. Curly is never one to rest on his laurels, and these new singles show that there are even more kingdoms to conquer.

ABOUT CURLY J:
Curly J learned how to do it himself. The self-proclaimed “King of Melodies” is Long Island’s most exciting star in years—effortless as a vibe-setting crooner or double-time rap assassin, over moody guitar-streaked bangers or bright electro-tinged trap. But while he may seem fully formed, his rise was predicated on a stubborn effort to become as well-rounded as any rapper doing it. Sure, his life changed forever in the summer of 2019 when his single “Bag Different” went viral on SoundCloud, but that success was a long time coming, and the result of Curly J betting on himself. When he wrote “Bag Different,” though, he realized it was time to switch things up. Curly “risked it all,” dropped out of school, promising his mom that within a couple years he’d be a star. It only took a couple of months. Curly J followed up “Bag Different” with songs that ran the gamut from candy-coated nostalgia trips (“Kappa”) to acoustic-blessed flexes (“Taking Off”) to dreamy sex romps (“Addicted”), all brimming with energy to match his lively flow. He puts it all in the music, which is why so many fans of R&B’s intersection with rap have crowned him as rising royalty. 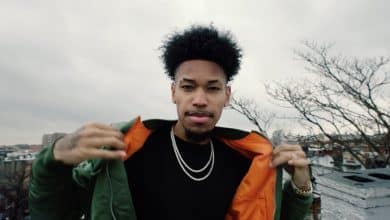