When Blo5k Lil A raps, there’s no denying the influence Atlanta has on his music. Coming up rapping alongside Strap Da Fool of Travis Porter and the late Bankroll Fresh, Blo5k Lil A developed a swagger that is tightly defined by the culture of the Southern city in which he combines dope boy elements with his raw, melodic flow. You may have heard his unique style on Atlanta’s V103 radio station as the official intro song for Lil Bankhead’s 6:00 PM show, but If it wasn’t clear where he was representing, his 2020 single “Atlanta”, which also plays as a tribute to Bankroll Fresh, is a declaration to the place that brought him up.

“Atlanta” features Trouble, another ATL upstart, and has proven to be one of his most successful tracks to date. With an endorsement from radio personality Stuey Rock, the record retired as Hot 107.9 Atlanta’s official Battleground Champion in October of 2020 and by November of the same year it was added to Apple Music’s ‘The New Atlanta’ Playlist.

“I make music for hustlers and people who have experienced pain, wins, and losses,” he explains and it’s this type of authenticity that caught the attention of FM radio and major labels across the nation as well as offer him the opportunity to work alongside 21 Savage, super producers Nard&B, Twysted Genius, Drumma Boy, and Quay Global. His audience has grown tremendously over the years since the release of his 2015 single “Its Time”, produced by Wheezy Beats and B-Racks, with him now boasting over 44,000 Spotify listeners. He’s performed across festival stages like A3C, SXSW, Hot 107.9 Atlanta’s Birthday Bash, Coalition DJs Anniversary concert, and ATL Hip Hop Day and stepped out of his comfort zone to model in the Dreamland NYC fashion show alongside fellow Atlanta rapper Lil Keed.

Keeping the momentum going, Blo5k Lil A is preparing the release of his debut album ’12-30-92’, after a series of releases with label mate Bla5er who he recently shared an Apple TV sync deal for their collaboration “Feels Good” for the series Invasion. “My first solo project is a major accomplishment,” stated the rapper. He continues, “for me to finally be able to drop a solo project is a big improvement and shows signs of dedication, motivation, and humbleness.” His newest single “Drop Top” is an upbeat record produced by Quay Global that was shared in August, but it’s still an indication of what to expect on his debut project. The track comes paired with visuals that were shot in Atlanta and Miami and has been playlisted by the popular Atlanta strip club, Magic City.

For his debut, he taps in with Twysted Genius, Bankhead, J Reid, Drumma Boy for production and gathers features from Tracy T, Young Huncho, and Bla5er to round out his first solo offering. With him recently featured on Dash radio, it’s only a matter of time before his music becomes a staple outside of Atlanta. 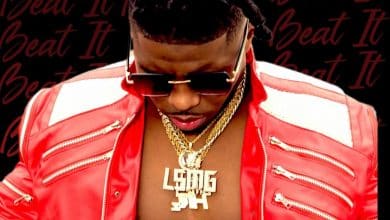