Coated in sleek, ambient sounds, “Keep Da K” (produced by Lean Sama) finds Bk merging her customary nonchalant delivery with casual menace. “You cannot fucking play with me,” she warns. “BK, I keep the K with me.” If “Keep Da K” is pointed, then “Coupe” (produced by Simmy Auto) is an exercise in the atmosphere. Featuring muted keys, some distorted vocals, and scattered reminiscences, the impressionistic trap song floods the senses, providing a soundtrack designed for getting lost in your thoughts.

Shot by Anthony Luongo (@anthonyluongo.rip), the “Keep The K” / “Coupe” video is a trippy daydream filled with glitchy flashes of palm trees, birds, and Bktherula herself. It’s a fitting match for an exercise in controlled cool — which is also an apt description for Bk’s career to date. Take 2021’s Love Black, a kaleidoscopic project with all the dynamic stylings that have propelled her to stardom.

Bktherula is bringing her high energy, mosh-pitting performances to a city near you. Currently supporting Lil Tecca’s 40-city nationwide “Tecca Loves You Tour,” which kicked off in Grand Rapid, MI on February 25 and rolls through Atlanta on March 30. The last stop is on May 21 in Tampa, FL. See Bk at the select dates below. She’s known for her unorthodox self-produced and sold-out “Rulafest”- an annual and highly-anticipated festival in her hometown. It’s just more proof of why Bk has earned praise from The Washington Post, Rolling Stone, Pitchfork, Okayplayer, XXL, and more. By adding irresistible songs like “Keep Da K” / “Coupe” to her repertoire, that list will continue to grow.

ABOUT BKTHERULA
In 2019, Bktherula broke out of Atlanta on her terms with a perfect combination of magnetic melodies and airtight bars. On the heels of the buzzworthy single “Tweakin’ Together,” she served up her 2020 independent debut, Love Santana. The project generated over one million streams as Fresh Fruit Only called it, “an immense 11 track project packed with more flows and styles than you could imagine.” Since signing to Warner Records, Bk ignited her next chapter with the release of her Nirvana mixtape and the critically-acclaimed debut album Love Black. The new music and tour are a reminder that the future remains bright for Bktherula. 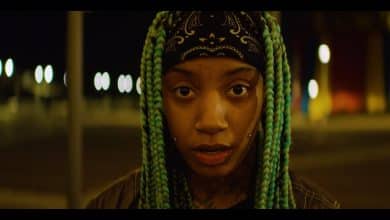 Bktherula – IDK What To Tell You