Rising Atlanta rapper Bktherula just released her psychedelic and color-drenched world with Love Black on Warner Records. Today she reveals the video for standout track “IDK What To Tell You,” and tonight Bk lets loose with an intimate yet high-energy performance at Baby’s All Right in Brooklyn- doors at 6pm! It’s her first release since last year’s buzzed-about mixtape, Nirvana, and Bk is ready to ascend to stardom as one of the newest leaders of the underground.

“IDK What To Tell You” is a wavy interpolation of Mac DeMarco’s “On The Level.” Produced by both Mac and Bk, the indie sound infused with alternative R&B is dreamy and sonically soothing. In the video, Bk’s carefree spirit and youthful glow take center stage as she fantasizes over an unsuspecting love interest.

Bk’s not new to festivals, she produced and performed for hundreds of feverish fans at her inaugural RULAFEST at the start of 2020, and closed out the year joining Playboi Carti and $NOT for the New Year’s Eve Cyberwurld show. In between, she released two full-length projects, including her acclaimed Nirvana mixtape and the shimmering Love Santana. The latter earned over a million streams and plenty of attention, including from Pitchfork, who called highlight “On Me” “the best of the bunch, with flashy production that would make Pi’erre [Bourne] proud.” Love Black, however, is a sign that she’s not ever going to sit on these accolades and accomplishments—that Bk is always going to push herself to create exciting new musical worlds.

ABOUT BKTHERULA
In 2019, Bktherula broke out of Atlanta on her terms with a perfect combination of magnetic melodies and airtight bars. On the heels of the buzzworthy single “Tweakin’ Together,” she served up her 2020 independent debut, Love Santana. The project generated over one million streams as Fresh Fruit Only called it, “an immense 11 track project packed with more flows and styles than you could imagine.” Signed to Warner Records in 2020, Bk ignited her next chapter with the release of Nirvana and acclaimed singles “Summer” and “On Me.” New music on the horizon and upcoming festivals are a reminder that the future remains bright for Bktherula. 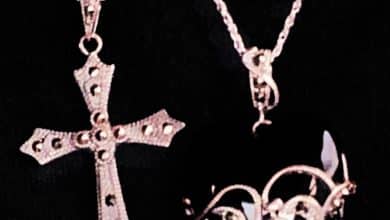