When two artists as esteemed and talented as Apollo Brown & Stalley come together, they shine, even in the dark. Blacklight represents the combination of two titans of hip-hop, both largely recognized as legends in their own right while also being overlooked by some when the discussions of “best alive” come up. Apollo Brown has a history of creating masterpieces including collaborations with Ghostface Killah, Che Noir, Ras Kass & more. Stalley continues to prove his place in hip-hop, tying together mainstream recognition with world class skills.

Hailing from Detroit, producer Apollo Brown has a nearly 15 year track record of classic album after classic album. Having worked with some of the most well-respected rappers on the planet, Apollo has made a name for himself worldwide. Artists like Chance The Rapper, Freddie Gibbs, Danny Brown, Ghostface Killah, Joell Ortiz & more have looked to Apollo Brown to produce music. Recently he produced the album, Lovesick, with Raheem Devaughn becoming the #1 R&B Album on iTunes.

From starting his career in Ohio with mixtapes to signing with Rick Ross’ Maybach Music Group, Stalley has shown why he’s considered a world-class talent. On his journey, he’s collaborated with artists like Curren$y, Wale, Pharrell, Meek Mill, Westside Gunn, & 2 Chainz and for his debut Mello Music Group project he linked up with Apollo Brown for Blacklight.

Blacklight is now available at all DSP’s and is entirely produced by Apollo Brown and includes appearances from Joell Ortiz, Skyzoo and Omari Hardwick (better known as “Ghost” the protagonist from Power). In addition to releasing their new collaborative album, Apollo & Stalley also released a new visual for the album’s title track.

“This was the song that obviously inspired the title of the album. When you shine a Blacklight, you tend to illuminate things that you can’t see with the naked eye” Apollo Brown affirmed. “This metaphor speaks for you, others, and the world in general. Stalley effortlessly shines that UV all throughout the album.”

You can now purchase, add and favorite Blacklight at your preferred DSP: https://smarturl.it/ApolloStalley 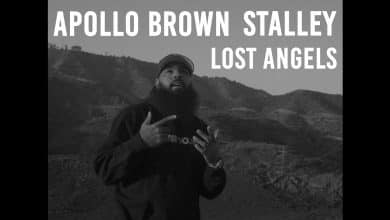